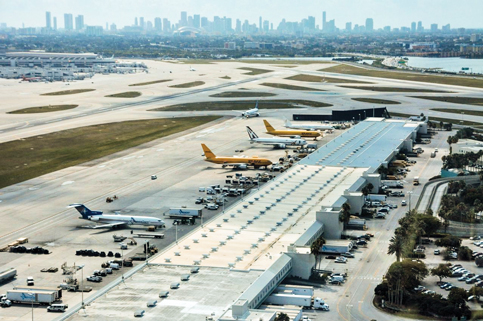 After years of negotiations, according to Commissioner Dennis Moss, the time has come to sign a contract to use the land at Homestead Air Reserve Base for aviation purposes in Miami-Dade County.

Commissioners are due to decide on October 6th whether to approve his decision to order Mayor Carlos Giménez to “quickly conclude a joint use agreement with the United States to enable a firm-based operator”.

The directive comes six years into county talks with the Air Force on developing the south side of the airfield’s base for general aviation.

The commissioners adopted a resolution by Jose “Pepe” Diaz and Mr Moss in December 2015 instructing the administration to negotiate limited civilian use at the air base. According to a spokesman for Miami-Dade Aviation, the county’s request reached the desk of then Air Force Secretary Heather Wilson two and a half years later.

A memo from Mayor Giménez said the timeframe for concluding an agreement on shared use with the Air Force is “usually one to three years.”

The resolution, released by a county committee last week, would instruct the mayor to complete whatever work is needed, pinpoint costs and find means to establish a grassroots general aviation operator, then sign a contract with the Air Force negotiate and complete, including any necessary real estate exchanges.

Mr Giménez would then have to submit the agreement for approval at the next meeting of the commission without the prior review of a committee, which is a breach of the county’s standard contract protocol.

Within two months or “if it is determined that no source of funding is available, legal or other obstacles exist or the negotiations have reached an impasse”, he would have to report on the obstacles and the state of the negotiations and recommend further action.

Mr Diaz said he and Mr Moss have “worked together for many years [to make] Surely we have a dual-use airport “on the airbase.