A video showing dozens of bats nesting under roof tiles has been viewed tens of thousands of times on multiple Facebook posts and shows the cause of the novel coronavirus outbreak in China in 2019. The claim is wrong; The video has been online since at least July 2011 and actually shows repairs on the roof of a bat-infested house in the city of Miami, USA.

The three-minute, four-second footage shows people lifting tiles from a roof, revealing dozens of bats below.

The title of the article reads: “The source of the corona virus has been found. It turns out that many roofs in Hubei China are covered with chrysanthemum bats, a type of bat. “

The novel coronavirus, a viral epidemic believed to have occurred in a wildlife market in the central Chinese city of Wuhan in late 2019, has killed at least 630 people and infected 31,000 more in China, AFP reported here on February 7, 2020.

The video was shared here, here, here on Facebook, and here and here on Twitter along with a similar claim.

The claim is wrong; The video has been online since at least July 2011 and shows repairs on the roof of a bat-infested house in Miami, Florida, USA.

A reverse image search of keyframes extracted from the video in the misleading post revealed that this longer video was posted on the YouTube channel of the US roofing company Istueta Roofing on July 5, 2011.

The video description states, “Our crew will be surprised when they start removing our clients’ old roof and hundreds of bats fly out from under the bricks. That was unexpected! “ 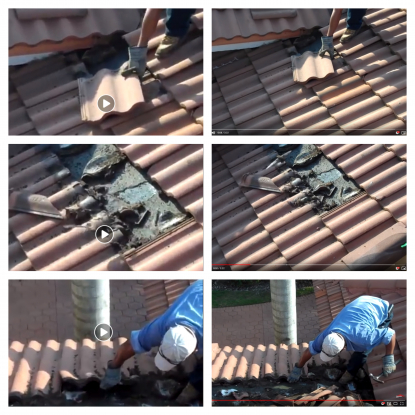 You can also find the same video on the roofer’s website here.

During a phone conversation with AFP on February 6, 2020, Ariel Istueta, co-owner of Istueta Roofing, said the video was filmed in the US in 2011.

“This is not from China, this is a video from 2011 when our former project manager Danny Argote replaced a bat-infested roof in the village of Pinecrest in the suburbs of Miami, Florida,” he said.